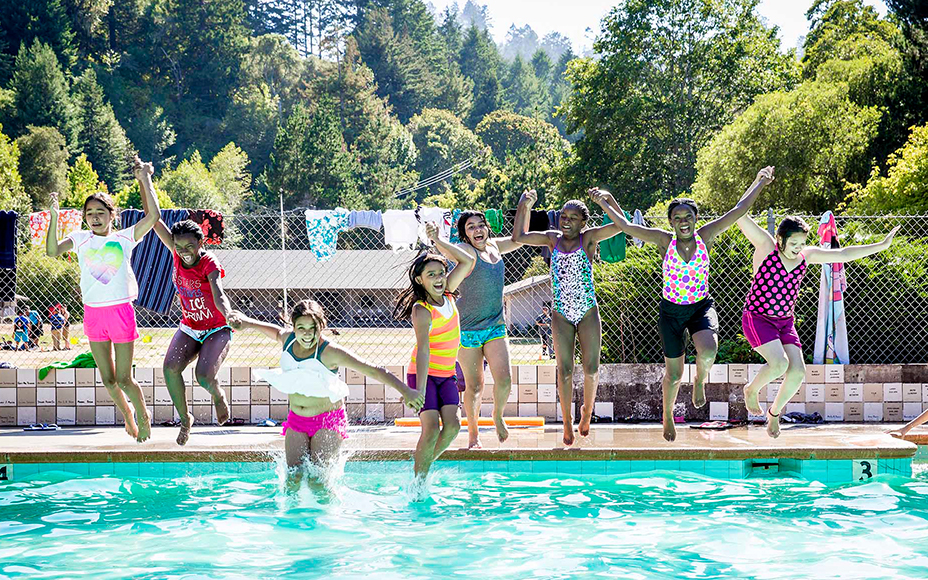 Summer camp: It’s as American as apple pie, and millions of kids have been able to use the experience to discover new things about themselves and build relationships that last long after the summer months end.

It also remains one of the most popular and, in many ways, affordable options for parents who are looking to avoid childcare issues but still want their kids to have fun.

We are getting ready to give you a long list of reasons why every kid deserves to have a summer camp experience. But we also can’t ignore an issue that doesn’t get discussed enough these days: for a number of reasons, a huge population of kids will never experience the joys of summer camp unless someone gives them the opportunity.

So how can we fix that?

Let’s start by looking at why it’s a good idea to send your kid to summer camp.

Why send your child to summer camp?

There are many reasons to send your child to summer camp. The first is central to success in school as well as later in life, and that reason is: summer camp helps build kids’ social-emotional skills.

Just think about it: building self-esteem, becoming independent, leadership development, making new friends, feeling comfortable in social settings and decision-making skills. These are all skills kids need to learn as they’re growing up, but schools don’t always have the time to teach them.

Summer camp increases all those skills in kids after just one session, which is pretty remarkable.

This is particularly true with kids who go to overnight camps (like ours). Depending on the camp you choose, your kid will also be able to access facilities that they might not have otherwise been able to enjoy throughout the summer.

The most obvious is a swimming pool, but it might also include tennis courts, horseback riding, arts and crafts, or academic camps that will help them improve their skills in a certain subject, or get them ready for college.

The next reason why your kid needs to go to summer camp is one we feel passionate about at Camp Phoenix, and that is: summer camp makes kids resilient.

Now, we get it. You might hear all these benefits about summer camp and still have your doubts. Unless you were a camp kid or were exposed to the great outdoors when you were younger, you might not be able to see what we see every day when we’re putting together our programs.

So let’s take a look at what makes a good summer camp experience.

One of the traditions you’ll find at many summer camps is the icebreaker. On a typical day during camp, counselors will often begin a session by leading icebreakers. These activities give campers that gentle nudge they often need to get to know someone new, and they allow them space to figure out who they want to become better friends with.

This is a good practice, and we’ve found that the kids who actively participate in the icebreakers show the highest potential for leadership development and they’re open to learning a whole new set of social skills.

If your kid is shy, it’s not a problem. The counselors are there to help kids get out of their comfort zones, and many kids come out of their shells during a session.

Another reason why having a summer camp experience is so necessary is that it creates a space where silliness is accepted. If you’ve grown up in an urban environment or if you’re exposed to a lot of negative situations at an early age, you tend to hide your true personality. But when kids are given the opportunity to just to be kids, we’ve seen some amazing things happen.

That’s why many camps encourage kids to play along when it comes to songs, jokes, skits and other activities that allow campers to relax and be themselves.

Finally, a camp that provides time for healing and reflection is the most important thing in our book.

We believe summer camps have an obligation to provide spaces where kids are encouraged to be intentional about finding healing. By starting or ending the day with reflections activities, in which campers can think about the challenges they’ve faced—at camp and in the neighborhoods they come from—we’ve found that kids develop self-awareness and mindfulness.

These moments rarely happen during a regular school day.

With all these benefits, you would think all kids across the country—no matter their background—would get to enjoy summer camp every year. But that’s just not the case, and that’s because very few people want to acknowledge the elephant in the room.

Overall, Black and Brown kids still don’t have enough access to affordable summer camps. The problem is indicative of a larger trend that exists where people of color aren’t represented in outdoor recreation.

The Outdoor Foundation’s 2019 national survey found that Black kids, in particular, have the lowest participation rate in outdoor activity of any ethnic group. According to the 74 Million, fewer than 40 percent of Black youth ages 6-17 reported participating in outdoor activity once per month, while white youth in that age group participated at around 60 percent. Only 4 percent of kids who attend summer camps are Black, the 74 Million also reported.

What does this tell us?

Now, more than ever, BIPOC kids need to experience the joys of summer camp just like other kids get to do every year.

Let us tell you a quick story about James Edward Mills, a journalist and advocate for diversity, equity and inclusion in outdoor recreation, and what we can all learn from his example.

Not too long ago, while Mills was doing a radio story on urban gun violence in Chicago, he encountered a 26-year-old man. The man said he had been shot nine times on three separate occasions and has never once left the city of Chicago.

Mills couldn’t help but wonder that the young man’s experience with that much violence influenced his ability to escape his environment.

Then Mills said: “If we had the ability to transport him someplace else, the opportunity to expand his worldview to include more dynamic, more exciting, more interesting things, I would like to think it would have a very positive outcome on the rest of his life, regardless of what it might be.”

Mills then went on to say that he believed there is a solution that would allow more Black and Brown kids to escape their environment. That solution? Exposing kids to the great outdoors.

When you’re out in nature, Mills said, the freedom and beauty of it all encourages you to thrive and take advantage of what was placed here on Earth for all of us to enjoy.

We truly believe all kids deserve to have the opportunity not just live freely in this country but to thrive as they grow up. And summer camp is the perfect way to make that happen.

Parents: Looking a safe space where your kids can experience love, joy and opportunity throughout the entire year?

Join the waiting list for our year-round adventure program, which gives your kids an additional 50 hours of learning and discovery through weekend trips to different parts of the Bay Area!