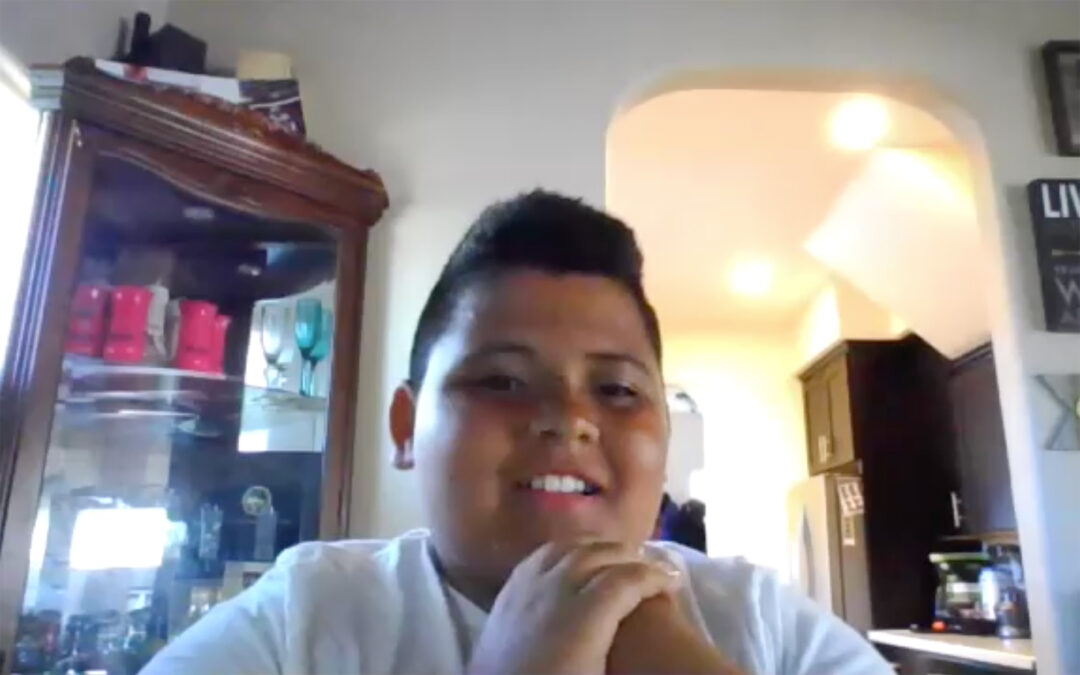 When the COVID-19 pandemic started last year, Diego, like many other kids, found himself bored out of his mind.

As the spring and summertime were about to roll around, he was really looking forward to being outside, hanging out with his friends and playing sports.

At school, he played basketball and soccer all the time. In his neighborhood, he was on a Pee Wee football team.

But everything got canceled. And he was forced to get creative.

So what did he do to keep himself busy and excited about life?

“I played outside with my little brother a lot,” said Diego, a sixth grader going into seventh grade next school year. “We threw the football, played basketball, and I helped him solve problems whenever he needed help with something. I also played with my dog.”

Believe it or not, Camp Phoenix also became a saving grace for Diego when we decided to hold a virtual camp last summer.

We knew the camp experience wasn’t going to be the same. It was our first time holding camp online. But we wanted to give our campers some kind of experience with the outdoors, even though we knew our community was spread out all over the Internet.

Diego said everyone made the best of it and the camp counselors did a great job with getting the campers engaged in each activity.

For example, one day during last year’s virtual camp, one of the counselors had everyone make a pop-up picture book. As someone who is used to being outside and playing sports, Diego wasn’t sure if he would like the activity at first.

But once everyone got the materials delivered to their homes and the counselor walked the campers through each step, Diego’s creativity came alive.

When the activity was over, Diego ended up making a red heart that became three-dimensional when he opened up his book. He said it represented his love for his family and all the activities he loves to do.

“It was pretty cool,” Diego said. “I just didn’t like the fact that we couldn’t all be there in person doing the activity together.”

As we get ready for our in-person camp this summer, we know that each camper is capable of having the same breakthrough.

If nothing else, we know that our campers can’t wait to travel to a place that’s farther than their neighborhood block. We’re putting the final touches on all our activities, scoping out all the nature trails we’re going to explore, and we’re just ready to let loose and have fun.

Diego said he’s especially excited about this year’s camp, and he can’t wait to make new friends and help other campers solve problems whenever they may be struggling with something. He even picked out a camp name already.

“Savage Bull,” he said. “Because my favorite animal is a bull. And my big brother went to Camp Phoenix before and his name was Savage Gorilla. So I just took the savage part and replaced ‘gorilla’ with ‘bull.’”

We can’t wait for you to grab life by the horns this summer, Diego! We’ll be here to pick you up if you fall and make sure you (and all our campers) have the adventure of a lifetime.