Diversity, Equity and Inclusion at Summer Camp: Words of Wisdom from a Former Camp Kid 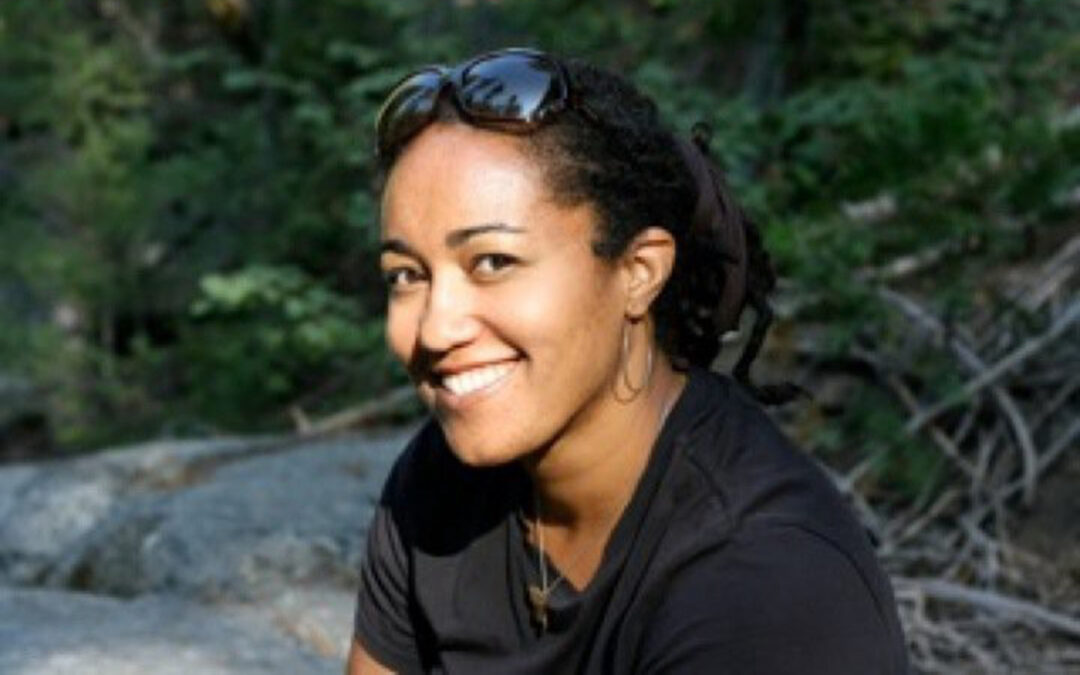 This article was originally published by Mariah Rankine-Landers and it is being republished on our blog with the author’s permission. To view the original article, click here.

It’s a four-hour drive through the central part of California, turning east on highway 180 and on up into the mountains to get to summer camp. It’s a camp that I loved as a kid. When I was 12, I was diagnosed with Type 1 diabetes. My doctor recommended a diabetes camp where I could learn to manage my diabetes amongst my peers and with adults thriving and living with the condition. Camp is staffed with a medical team 24/7, so access to care is at the tip of your finger. I was nervous about going that first year. My grandmother drove me up, dropped me off, and left me alone with a sea of new faces. I was one of the first to arrive, so I had to hang out with the counselors as we waited for the arrival of other kids. I remember them taking me down to the baseball field, fresh with dry dirt, and inviting me to play ball with them. Oops. Sports weren’t my thing. I couldn’t even tell you how it was played. They figured that out quickly and opted to toss the ball back and forth with me for an hour before the other campers arrived.

When they did arrive, I knew instantly which girl was going to be my best friend. Kristy. She had brown curly hair and a massive smile on her face. We hit it off immediately, selected beds next to each other, and honestly, I can’t tell you any other campers’ names. Kristy and I spent all our time together. We made friendship bracelets for each other, sculpted clay pinch pots to exchange, and snuck sugar cubes from our counselors’ low supplies.

I spent three years as a camper before returning as a counselor when I was 19 years old. My summers as a camp counselor include some of my most cherished and favorite life memories. Having camp in my young adult life provided me a community of peers and medical practitioners that taught me how to live an adult life with diabetes. I learned how to drink alcohol and manage my insulin, prep for travel, manage stress, manage sex and diabetes, and navigate insurance and health care systems. There was a lot to learn. Camp gave me access to a variety of wisdom and expertise but, most importantly, a community of supportive people who live with Type 1, facing the same daily challenges and exhaustion.

It’s 20 years later, and I have again returned to camp, but this time with my studied lens on justice. This time I came to camp holding the full breadth of my intersectionality while observing and paying close attention to how camp could and must do better for children whose lived experience is outside the dominant caste hierarchy of the United States.

How to evolve beyond the dominant-narrative camp experience

Summer camps, initially designed for white children (boys only), have a long history. “In the 1870s and 1880s, the first summer camps promised boys a chance to escape increasingly urban modern life. Roughing it would build character and, as one early camp founder put it, save humanity from “dying of indoor-ness.” (Gershon, 2016) This quote activates the very presence of white-bodied supremacy in the construction of summer camps.

Okay, so the general ethos a century ago was that white children (boys) needed space to feel and connect to nature to prevent them from stagnant growth associated with too much indoor time. Social scientists largely agreed and argued that nature was healing for the conditions of modern life. And, I agree entirely, with discord. Nature is healing for the conditions of modern life. But the culture of who gets access to nature, values nature, and protects nature needs continued disruption. And we all need healing.

The fabric and development of camps benefited white bodies who found the participation in labor quite exhausting. They ignored indigenous peoples’ social fabrics and belief systems, doing their best to exterminate them, only to claim nature as their space. You’ve seen the photos from the mid-century. Totem poles were erected as a symbol of “going Native.” A place where one could escape modernity and “play Indian” through a return to nature in the camp experience. It became trendy to allow for white boys to mimic and appropriate ritual clothing, languages, and customs of Indigenous tribes.

The camp that I love so very much displays a totem pole. As a child, I loved looking at it. It felt as out of place as I did as a Black child experiencing a predominantly white summer camp world. While my peers saluted the raising of the flag every day, I leaned over and prayed to the totem pole. It provided solace as something different from the dominant structure I was asked to participate in. But now as an adult, I see a pained and unacknowledged past. Unexamined parts of camp life carry out conditions that maintain structural and dominant hierarchies.

To repeat, camps for children were born out of the desire to relieve white children from the labors of modernity. Which also trained them for societal power-grabbing, (centering the needs of white males over anyone else). This is the legacy that lives on in camps around our country. And my beloved camp does not get a pass.

Alright, so what do we do now?

Reframing our connection to the land and nature is desperately needed. We all belong to the earth. The earth is not ours to dominate. The current climate collapse we are experiencing has led to few large-scale policy changes. By following the lead of Indigenous peoples’ stewardship of the land, we may have a chance. It requires full activation of listening, stepping aside, and taking powerful action toward swift change.

In the camp world, this means a re-evaluation of practices. Does your camp have a relationship with the local tribe on which the camp occupies? If not, reach out and ask to meet with them. Learn about the local land history through their experience and perspectives. Does your camp recognize the land that it is on? A ritual to start incorporating into your camp practices is a land acknowledgment. Learn how to lead and hold them with authenticity and intention.

Narratives are what drive culture. Our entire life is a story. Our entire country is a story. Camps are an embodiment of our shared stories. It’s necessary to assess the stories shared at camp looking for master narratives lurking within the policies, practices, behaviors, and decision-making of camp leaders, counselors, and board of directors. Master narratives dictate and groom culture from a patriarchal, imperialistic, and racist stance (here in the United States that is). They function to maintain the conditions of societal power for those at the top of the caste hierarchy.

Lead a review of camp stories. Do your camp stories only tell the history and legends of white-bodied experiences such as loggers who participated in the deforestation of our natural world or tales of hikers and mythological creatures born out of the white imagination? Where are the stories of the original people to the land on which your camp resides? Where are the people? The animals native to the land? The plants? Invite them in. Listen to their narratives and histories and, with permission, incorporate them into the programming you hold.

Let’s take a look at the campfire. Campfire is a beloved space at summer camp and the beating heart of sharing stories. Campers gather in the evening to share songs and skits to entertain each other. These songs and skits have been passed down generation after generation. (Is anyone tired of the Invisible Bench yet?) Campfire is a great place to analyze and check for how master narratives play out at your camp.

How do you know if a story is holding a master narrative? Four concepts written as questions that I use when I work with schools is this:

It can be baffling to critique songs and skits at first, particularly when we hold attachments to the “classics.” However, it’s often these classics that hold the most covert racist social constructions. As much as I love that totem pole, I understand it is not serving the greater good.

There is a vast belief system that Black people don’t like nature. Oops. Stop. Reverse. Let’s shift gears. All people are connected to the planet. Rather than perpetuating stereotypes that Black or nonwhite kinfolk don’t camp or enjoy being in nature, consider the racist systems that created red-lining in cities. Consider Jim Crow laws that prevented Black people from having access to public swimming pools, parks, etc. Remember that white-bodied supremacy declined to fulfill a promise to provide freed Black people with 40 acres and a mule during Reconstruction. This system of exclusion cast years of limitations upon our abilities to build generational wealth, experiences, and access to the land around us. It’s just not true that white-bodied people love the outdoors more than anyone else, but they have claimed it as theirs time and again.

Often when I’m observing an institution, folks will confuse youth culture as meeting the goals of racial and social justice. Sometimes displays of the latest hip-hop trend, the newest tech gadget, or use of language, get tossed in and confused with meeting the goals of representation, inclusion, diversity, and belonging. The vibe is all wrong when we do this. Yes, there are overlaps, but what I’m supporting you to do is to reach for what is core to humans as we evolve together by addressing power, lineage, and narrative in all that we do. Gucci?