What You Should Know About Columbus Day, Indigenous People and the Environment 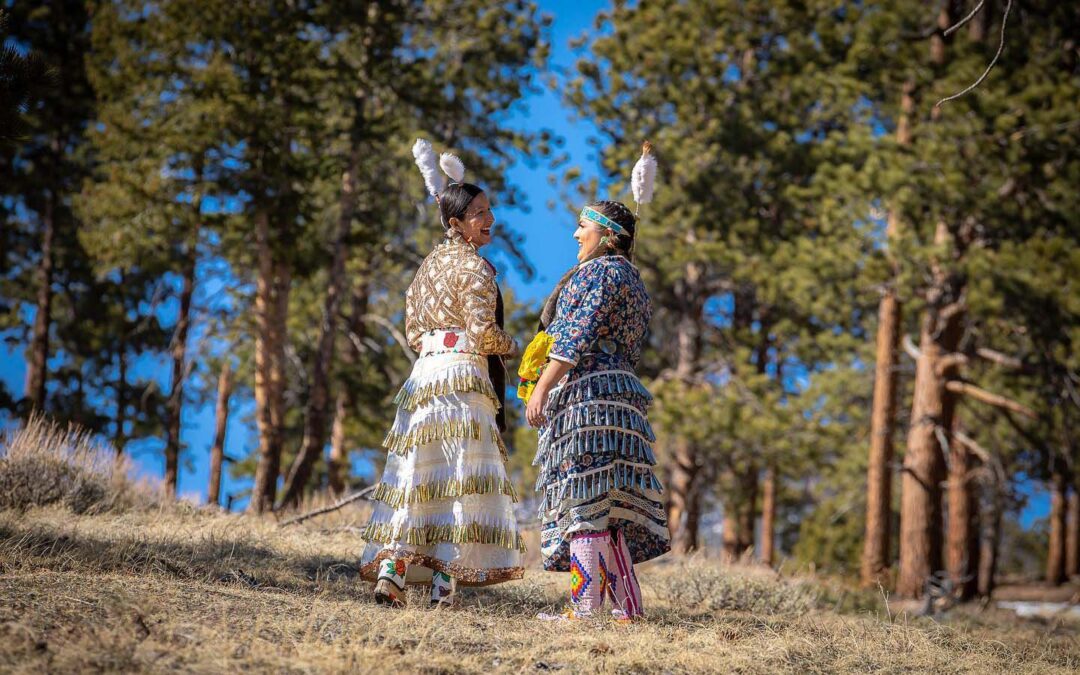 Historically, the United States has always set aside the second Monday in October as a national holiday to celebrate Christopher Columbus.

As the story goes, Columbus sailed the ocean blue and arrived in the Americas on October 12, 1492, and the birth of the United States of America was set in motion. At least, that’s the story we were always taught in school.

If we’re being honest, though, that story isn’t entirely true, and we’re glad to see that Columbus Day is being replaced with Indigenous People’s Day in many places throughout the country.

Why is it so important for our community to recognize Indigenous People’s Day? We can think of many reasons, but let’s explore the most obvious connections.

The truth about Columbus Day

First things first, we are an organization that uplifts Black and Brown people. Just as it’s important to reconnect youth of color with nature and all its healing magic, it’s equally important to recognize that people of color have not always been represented fairly in history.

Social justice is also part of our core beliefs.

We recognize that power and privilege impact every aspect of our lives. That’s why we strive to be an organization that reflects the world we wish to live in: one that mirrors diversity, catalyzes change from within and gives radical joy and love to our community and ourselves.

Now, before we go any further, let’s set the record straight on Columbus Day.

Columbus’s invasion of the Americas began with a mission to destroy Indigenous lives, lands and cultures. You probably won’t read this in your school textbooks, but Columbus said it himself: With 50 men, he said he could subjugate all the indigenous people in America. He did so in the Caribbean, which led to a horrific loss of lives and culture.

If Columbus is responsible for anything, it’s setting up a pattern for all the other European invasions that followed.

While we’re all glad when there’s a day off from school, we also know that Columbus Day doesn’t mean the same thing to everyone. Celebrating Christopher Columbus means celebrating colonialism, racism and genocide—and we don’t rock with any of those things.

That’s why it’s time that we pay tribute to the people who were here first, who are here still, and who are leading our struggles for a sustainable planet.

Why we should respect indigenous people

The first step toward respecting indigenous people is to acknowledge that they exist. This means acknowledging that they are not just “the other” but rather a distinct group of people who deserve equal rights and protection under the law.

We should stand up for indigenous people as much as possible because we are all one human family and we need them to survive.

More specifically, our planet needs them if we all want to survive.

Why? Because indigenous communities have deep traditional knowledge about the land and they. can teach us something about nature and how the environment works.

How indigenous people view the environment

It’s important to understand that indigenous people view the environment differently from non-indigenous people. They believe that nature has been given to them for their use and enjoyment. They also believe that they should be allowed to continue using natural resources in their traditional ways.

Indigenous people tend to live in close proximity to nature, which they consider sacred. They often have a strong connection to the land and its resources.

It should come as no surprise that the idea of ​​indigenous rights has become a hot topic in recent years. In fact, the United Nations has declared that, each year, August 9 should be observed as International Day of the World’s Indigenous Peoples to raise awareness and protect the rights of the world’s indigenous communities.

The contributions of indigenous peoples to our global society are too many to count. The least we could do is recognize the challenges they face in protecting their lands, waters and other natural resources from exploitation by large corporations and governments.

So what can Native people teach us about nature and how the environment works?

To put this in perspective, indigenous people make up less than 5% of the world’s population, but they protect 80% of all life on the planet.

The report also found that, in areas held or managed by indigenous people and local communities (i.e. non-indigenous people considered to have strong ties to the land), the ecological decline was far less severe. In some cases, the damage had been avoided altogether.

What does this have to do with all of us who love spending time in the great outdoors? History tells us that collaborating with Native people will be essential if we want to ensure that the outdoor spaces and wildlife we enjoy can survive and thrive.

Indigenous people hold the key to protecting the environment

Here’s another interesting fact: The World Bank has estimated that by 2050, two-thirds of the world’s population will live in cities.

This growth will put pressure on urban areas like ours in the Bay Area to provide clean water, sanitation, energy, food, jobs, housing, education and health care. It will also put pressure on the natural resources available to support those needs.

Key takeaway: If we’re going to be talking about saving our planet from the climate crisis, the first step should be to protect the human rights of our planet’s people. That means protecting indigenous communities, which are often the most in need of environmental justice because they live closest to nature and depend on it for survival. They also have the least access to resources and services to help them adapt to climate change.

That’s why we can’t talk about the climate crisis without acknowledging the fact that indigenous people need to be able to protect their native lands.

Recognizing indigenous rights could revolutionize the way we think about land ownership. It could also help us understand how to truly live in harmony with everything around us.